Just a quick note to brag: my hubbie, Steve Prokopy (critic for Ain't It Cool News and Gapers Block), is shown in an extra on the newly released Hot Fuzz DVD (North American version, not the UK version, which means we now own both editions). Yay! And I'm sure if you had a microscope you could scan the 2-second bit of the audience and see me in it, but who cares. Steve's on the DVD - yay!
Read the full post with comments

Harry Potter and the Freaky Levitator

Has anyone else noticed a similarity between Gary Oldman as Sirius Black . . . 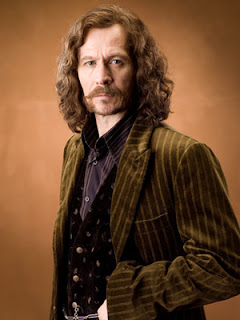 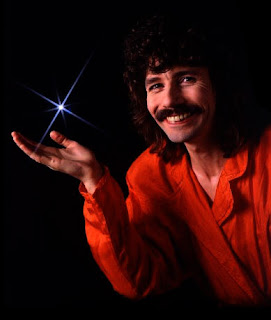 Two Movies in One Week!

I'd say you could blame the heat for our rush back to the theater after several months away, but we'd pretty much planned on seeing Harry Potter and the Order of the Phoenix anyway. That it got us out of our current heat wave for a couple of hours was a nice bonus.

I won't go into how "dark" this movie is compared to the others, per se, but I think one of the things that exacerbates the shift in tone is the lack of expected scenes. There's no quidditch, no real confrontations with Draco Malfoy, and very little of the actual day to day life at Hogwart's. I didn't miss any of this in particular, but as a whole it sat a little bit funny. I'd also have liked just a bit more exposition in some places. You can't put the whole book on the screen, but even 10 or 15 seconds to better explain the Order of the Phoenix or the veil thing that Sirius fell into would have helped those of us who hadn't read the book in some time.

Oh, some sort of resolution on the Harry-Cho Chang relationship would have been nice, too. I suppose we'll get that in the next movie.

All that being said, I did enjoy the film quite a bit. Kudos to Imelda Staunton for her turn as Dolores Umbrage, a perfect mix of pink-tinged civility with the soul of a jack-booted thug.

There were also six(!) previews before the movie:

Get Smart - Steve Carrell seems like the right person to play Maxwell Smart. I don't know if Anne Hathaway is right for Agent 99 (too young, I think, if she and Max are going to wind up together). I have plenty of time to consider these questions and more, as the movie is coming out next summer.

The Water Horse - if you ever wondered where the Loch Ness Monster came from, see this movie. Emily Watson resurfaces to play the mom.

Becoming Jane - more Anne Hathaway, as she plays a pre-fame Jane Austen who must choose between love and writing. Or something like that. The wife is already planning to see this with friends, who I can't thank enough.

Balls of Fury - combine Bloodsport, Dodgeball and the table tennis scenes from Forrest Gump and you get this movie, featuring Christopher Walken as some sort of quasi-Asian potentate who runs a sudden death ping pong tournament. It looks funny in a potential train-wreck sort of way.

And while it wasn't a trailer, the worst advertising for an upcoming movie was the poster I saw for Alvin and the Chipmunks. The Chipmunks are now apparently hip hop. Simon and Theodore sport huge sunglasses and the like, while Alvin is wearing a hoodie that makes him look like a meth dealer in Grand Theft Auto: Rodent Rampage. Oh, and Jason Lee plays Dave Seville. Good luck with that.
Read the full post with comments